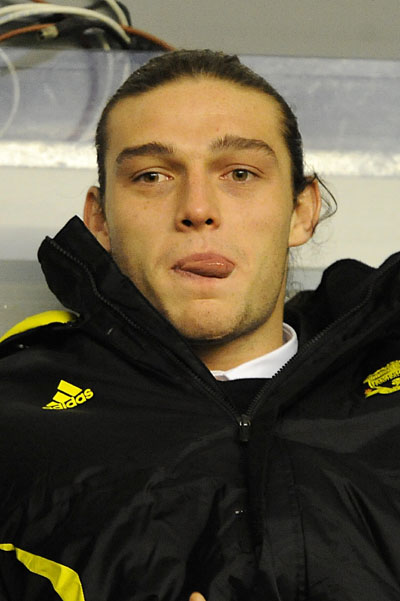 With Luis Suarez, Stewart Downing and Co. setting Anfield alight, Liverpool’s £35million man Andy Carroll has found himself somewhat out of favour with King Kenny Dalglish, while for England’s recent game in Bulgaria, he wasn’t even named on the bench.

Three Lions boss Fabio Capello reckons that Carroll’s lifestyle may be part of the problem, with the Italian admitting to have having a private word in the imposing striker’s ear over his fitness regime and off-the-field shenanigans.

“He needs to be careful because he’s an important player for England and Liverpool, ” explained Capello. “If he wants to be a good player and a good sportsman, he needs to drink less than the others.”

However, another strapping badboy, John Terry, has come to Carroll’s aid.

“Andy is a really good pro on the pitch and a good guy to have around the camp, ” explained the Chelsea captain. “I’ve been there. I’ve made my mistakes as well, maybe drunk a little bit too much when I was younger and gone out a little bit too much. But I think having gone through that, when you hit 26 or 27 you think, ‘I’m glad I did that then because I don’t want to do it now’.”

So, going by JT’s logic, Carroll should fill his proverbial boots now as, in a few years, he’ll be glad he partied like a rock star when he had the chance. Not sure Dalglish or Capello would agree.