Hugo Lloris 8
You can see why he’s France’s No.1 choice. Made several fine saves to keep his team in the match. Used his feet well.

Anthony Reveillere 5
The right-back lasted less than 20 minutes before injury ended his evening prematurely. Did nothing of note in that time, and struggled to contain Emiliano Insua.

Jeremy Toulalan 6
The makeshift centre-back did a decent job of dealing with Fernando Torres & Andriy Voronin.

Cris 7
Dealt with Torres pretty well, giving the Spaniard no room to work in. Wasn’t shy in going forward either.

Aly Cissokho 7
Bags of energy and skill, delivered a couple of great crosses – the dynamic left-back is a star in the making and will surely end up at a bigger club than Lyon.

Kim Kallstrom 4
Looked well off the pace. Misplaced passes belied a lack of composure, and he also took a couple of poor free-kicks, which sailed over the bar. Not a good night for the Swede.

Jean Makoun 6
Put himself about and just about held Lyon’s midfield together, but was dominated by Lucas and Javier Mascherano.

Miralem Pjanic 5
The talented Bosnian was subbed off five minutes before half-time through injury, but did nothing much until then.

Michel Bastos 7
Seemed to be involved in most of Lyon’s best attacks, and his lively runs kept Insua honest. Has a terrific left foot.

Lisandro Lopez 7
In and out of the game, but Lopez must always be watched – he is one of those sly forwards who will emerge from a defender’s shadow and strike with chilling effectiveness. And so it proved.

Sidney Govou 6
Dropped to the bench for his nightclub antics, Lyon’s defrocked skipper had little time to make his mark.

Ederson 5
Came on for Pjanic. Meh. Made no impact.

Lamine Gassama 6
Came on early for Reveillere. Didn’t let his team down, but barely caught the eye. 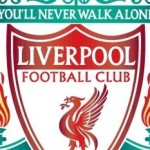 Pepe Reina 7
Alert to any danger and showed again that he is one of the most gifted keepers with the ball at his feet. Did nothing wrong for Lyon’s late goal.

Jamie Carragher 6
Lacks the pace to run the line in the manner of so many modern wing-backs, but Liverpool’s emergency right-back busted a gut to get forward when he could and was his usual spirited self in defence. Looked like he’s coughed up a lung (or two) in his post-match interview with ITV.

Daniel Agger 6
Might have been sent off for two yellows, but the ref was kind. A solid enough performance by the Dane, but a better team than Lyon would have punished his positional lapses. Still not 100% fit, clearly. (Apparently he had to stand for much of Liverpool’s flight to Lyon, because of his back pain.)

Sotiris Kyrgiakos 6
A short back-pass almost cost his team, but overall I was encouraged by the hairy Greek’s performance, especially in the first half. He might have stayed on his feet for Lyon’s equaliser, but I wouldn’t blame him too much.

Emiliano Insua 6
More confident than in recent games, and created a couple of chances in the first half from crosses. Linked quite well with Yossi Benayoun on the left flank, but in defence the young Argentine is still hit or miss.

Lucas 8 MAN OF THE MATCH
Easily the best performance I’ve seen by the Brazilian in a Liverpool shirt. Seemed to be everywhere, popped up in the box and almost scored. Encouraging indeed.

Javier Mascherano 8
Probably the best Maschy has played this season. He and Lucas controlled the midfield for long passages of the game. His distribution is never flashy but rarley misguided either.

Dirk Kuyt 6
A workhorse lacking in guile, Kuyt is a blunt blade. Too much perspiration, almost zero inspiration.

Yossi Benayoun 7
I’ve seen him play better for Liverpool this season, but at least he tried to make things happen. Not enough creative players around him to spark off.

Andriy Voronin 4
Oh dear. Missed the best chance of the game when put through one-on-one against Lloris. Poor positional sense. Poor first touch. Not great with set pieces. Tried his heart out, but a bit of a headless chicken and clearly not quite good enough to play for Liverpool. I fear he will be made the scapegoat for this result, which is a little unfair, as he did link up quite well with Torres on a couple of occasions.

Fernando Torres 6
The fact he was kept on instead of Voronin says it all: a 70% fit Torres > 100% fit Voronin. But it was a frustrating night for Torres. He had one chance in the box but shot straight at Lloris. Otherwise, Lyon’s defence contained him without difficulty.

Ryan Babel 7
Brilliant goal, which he followed up almost immediately with a woeful, shanked free-kick. That’s Babel for you – from the sublime to the ridiculous.

David Ngog 5
No time to make an impact, so I give him a bog-standard 5/1o.

How did you rate the players?