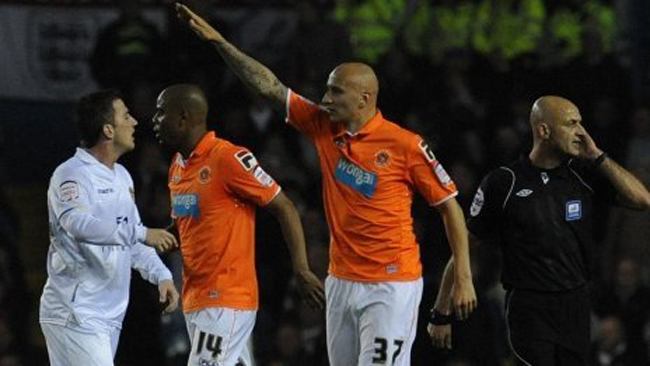 Well, one imagines it wasn’t a Nazi salute. In the same way that Robin van Persie’s wasn’t.

Still, Shelvey, on loan from Liverpool, surely deserves the same kind of silly criticism that the Arsenal man received following his goal celebration at Stamford Bridge? Look at him, the big goose-stepping, Third Reich-sympathising baldy.

As for the game itself, Shelvey netted a hat-trick in Blackpool’s 5-0 mauling of Leeds at Elland Road, which you’d assume will do his long-term hopes of making it at Anfield the power of good.