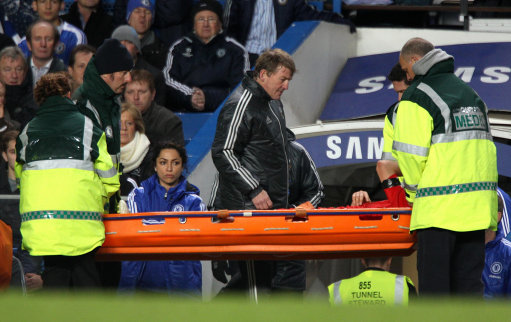 Brazilian midfielder Lucas Leiva is yet another example of a talented player who was unfairly criticised by the kind of dim football fan who has no mind of his or her own. England fans’ treatment of Owen Hargreaves followed a similar path to that of Lucas, but sadly it now seems that the Brazilian has something else in common with the injury-plagued Manchester City man.

The former Gremio star was stretchered off in Tuesday’s Carling Cup win over Chelsea and it has now been revealed that the 24-year-old will miss the rest of the season after damaging his knee ligaments. This is a major blow for Kenny Dalglish’s hopes of securing a top four berth this season, as Lucas has been central to Liverpool’s good work so far.

Lucas Tweeted his followers after learning his fate: “I am really sad with the news because I was enjoying a lot on the pitch. I am sure I will come back stronger I will achieve everything that I dream with the LFC shirt.”

“I am sure I’ll NEVER WALK ALONE”, he added.

With youngster Jay Spearing the only other truly defensive midfielder in the squad, Dalglish may well be forced to dip into the transfer market again come January.

If he does buy, who would you suggest Kenny goes for to plug the Lucas-shaped gap in his side?