Kudos are most definitely due to Pies fan Holly Hunt who noticed that Gary Neville isn’t the only pundit forced to moonlight away from the Sky Sports studio in order to earn a bit of extra Christmas lolly.

Indeed, it looks like Jamie Carragher has gone and bagged himself a leading role in David Bowie’s new off-Broadway play, LAZARUS, in which he plays a confused and bedraggled alien struggling to get to grips with Liverpool’s high-press 3-5-2 formation… 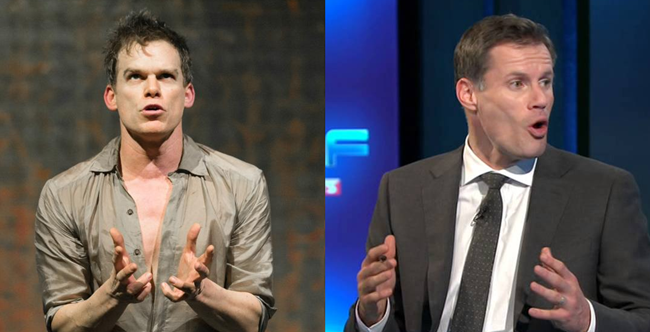 Got a Shit Lookalike for Pies? Is it a bit shit? Email it over to us at waatpies@gmail.com or bang us a Tweet @waatpies and we’ll gladly give it a look.