A new statue tribute to Diego Maradona has been unveiled in Kolkata, India, and, given that it looks more like his grandmother, it’s being mocked to the hilt on social media this morning.

The bronze is supposed to depict Maradona aged 25, hoisting the spoils aloft after dragging Argentina to victory at the 1986 World Cup. 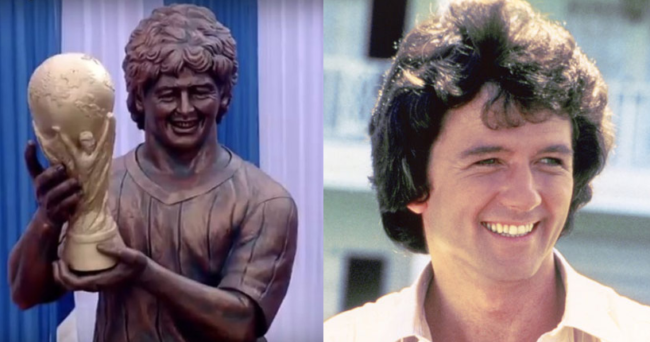 Uncanny, right down to the feather cut – though we can’t take credit for the spot, for it must all go to sports writer Mark Dinan.

Got a Shit Lookalike for Pies? Email it over to us at waatpies@gmail.com and we’ll happily give it a look.