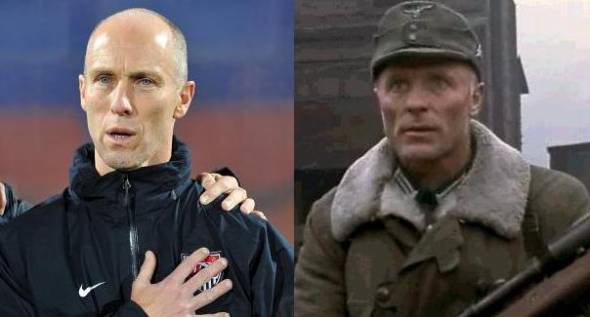 Bob Bradley is the coach of the US side that were so cruelly robbed of an epic comeback against Slovenia yesterday.

Major Erwin König was a sniper in the German army during the battle of Stalingrad (played superbly in ‘Enemy at the Gates’ by American actor Ed Harris).

Both men share the cold, dead eyes of a fish. ‘Nuff said.

Send your lookalikes to ollie@anorak.co.uk