Here at Pies, we pride ourselves on our Shit Lookalikes. Sadly we can’t take the credit for this one because it is down to the Coventry City squad. The players at the Ricoh Arena have apparently taken to calling new captain Arjan de Zeeuw ‘Kosta‘ because they reckon he looks like Australian boxer Kosta Tszyu. Striker Leon Best told FourFourTwo magazine that the nickname came about because of de Zeeuw’s “resemblance” to Tszyu. If you say so, Leon! 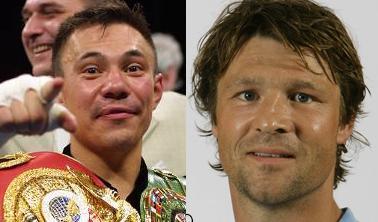