Both fine figures of men (i.e. rather big-boned), former Little Britain star David Walliams has recently dodged the turds while swimming up the Thames, and also swam the Channel to France, which happens to be where André-Pierre Gignac both lives and plays football (seamless link). 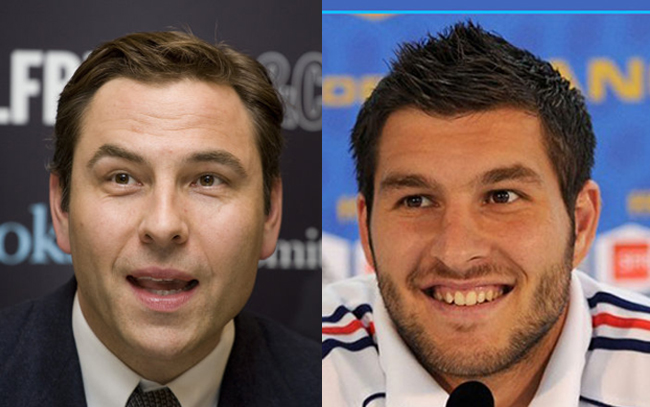