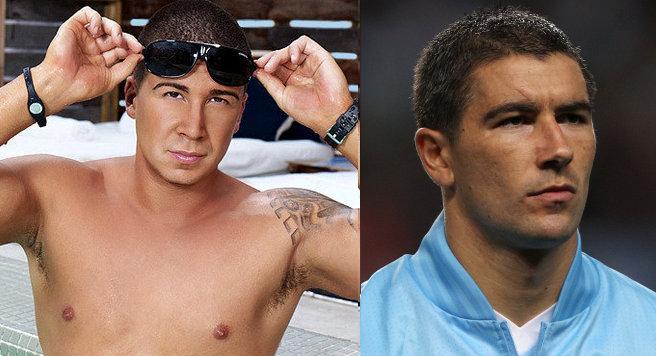 You’ll know Kolarov as the Serbian chap who mainly specialises in blasting 30-yard exocets narrowly over and wide for Man City.

Vinny Guadagnino, it says here, is widely regarded to be the least twattish of the creosote-skinned, duck-lipped, herpes-riddled, sun-dried ballsacks on MTV’s ‘Jersey Shore’ abomination. Quite an accolade.

Goes to my old mucker Dan Smith, the purveyor of the shittest lookalikes in the western hemisphere.