What with him still carrying a fair bit of sway down Naples way, it wasn’t particularly far-fetched that Diego Maradona should turn out for Napoli’s Champions League tie with Bayern Munich in Bavaria t’other night.

So, when a gaggle of fans spotted Maradona milling around the beer halls of Munich before the game they understandably got a little excited and started  swarming around him, hoping to get a photo of the diminutive Argentinian legend… 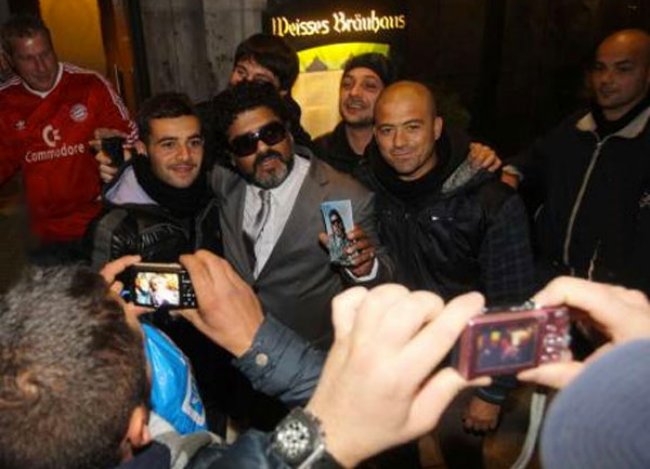 The only fly in the ointment being that, despite the two watches, two-tone beard, Teflon-coated suit and tight bubble perm, the man the fans were photographing wasn’t actually El Diego at all. 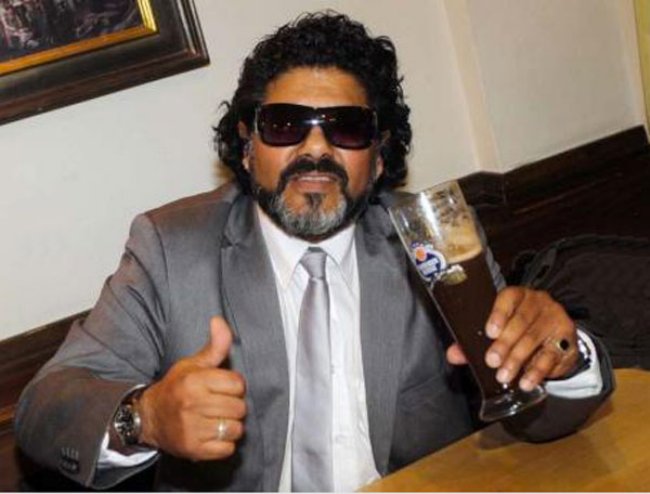