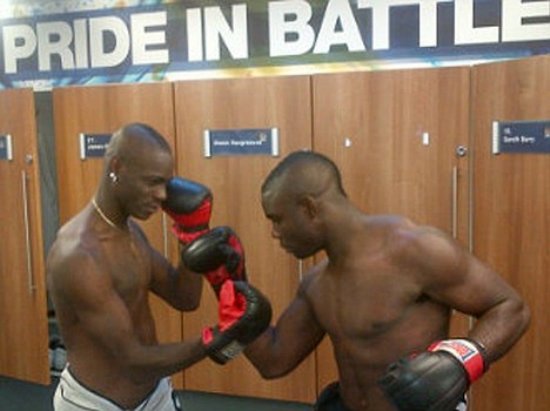 One for fans of PR damage control now, with the news that Man City have circulated the photo above of Micah Richards and Mario Balotelli playfully sparring in the City dressing rooms and generally being ‘all good’ with each other to poke a wee bit of fun at Thursday’s little bout of training ground pugilism – sparked, if rumours are to be believed, by a misplaced pass.

Normally you’d have to worry about the working relationship between two players that set about one another over a duff ball and a bit of lip but, as the photo clearly shows, everything’s absolutely fine.