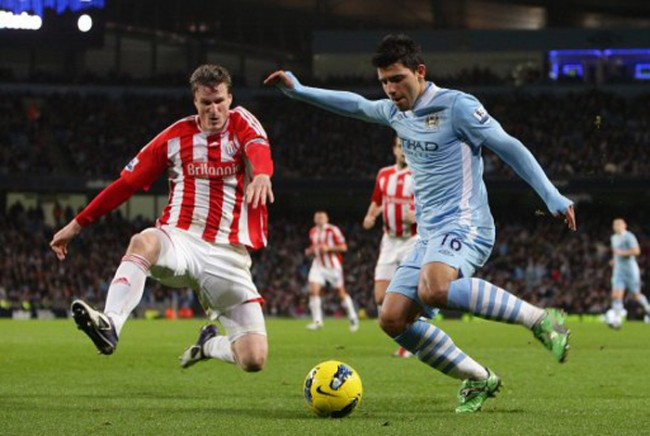 Manchester City will be top of the Premier League/First Division at Christmas for the first time since 1929 after they recorded yet another victory at the Etihad Stadium.

Facing City were a Stoke side full of confidence having won their four previous league games on the bounce. However, the home side dominated the game and could well have had more than three goals. Pint-sized hitman Sergio Aguero was the star of the show for the Citizens, netting a brace (on 29 and 54 minutes) while Adam Johnson enjoyed a rare start with a fine strike on 36 minutes after sloppy play from the Potters.

One negative for Roberto Mancini was the sight of defender Micah Richards limping off on the hour-mark, though, all in all, it was another superb performance from City, who maintain their two-point lead at the top of the table.