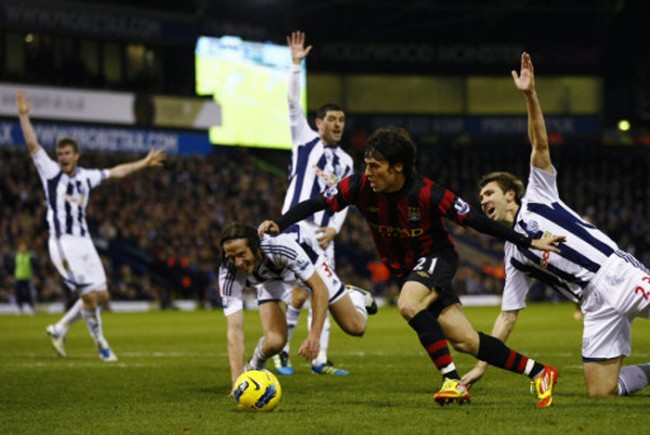 Good old Roy Hodgson and his merry band of Baggies became the first team in the league this season to stop the Citizens from scoring, after putting on a superb hard-working performance.

As expected, City dominated possession, but surprisingly they couldn’t break down a West Brom side that worked hard for 90 minutes to close down their more affluent opponents. City did come close on a number of occasions, with Mario Balotelli hitting the crossbar with a cracking effort and Sergio Aguero wasting a superb chance. However, West Brom themselves had chances to win the game with Shane Long and Jerome Thomas both going close.

The draw sees City’s neighbours United (who won) draw level on points while West Brom move up to ninth.