This? Oh, it’s nothing really. Just a photo of Sergio Aguero and his father-in-law Diego Maradona (who, I’m led to believe, was a footballer of some distinction at one point) having just booked in for a game of squash at the David Lloyd Fitness Centre in Cheadle, Greater Manchester… 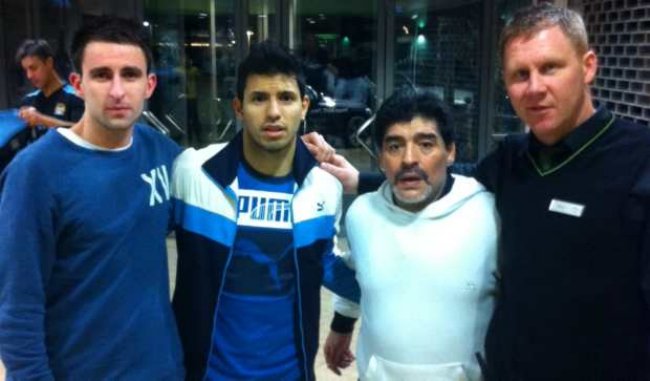 “We heard that Sergio might be bringing Maradona – but none of us really believed it. It was just unbelievable when they walked in – people were stunned.

“They played for over an hour and had a drink in the club room before they left. They were really nice.”

Apparently, Maradona and Kun spent a couple of hours on court, with Maradona winning comfortably, before they mingled with members and visited the club shop so El Diego could buy some sweatbands.