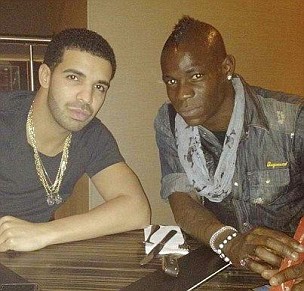 Upon learning that Aubrey was playing the MEN Arena the following day, Balotelli apparently contacted the rapper’s management and invited him out for an authentic taste of Manchester (kebabs and lobster) at the Zouk Tea Bar & Grill in the city centre. 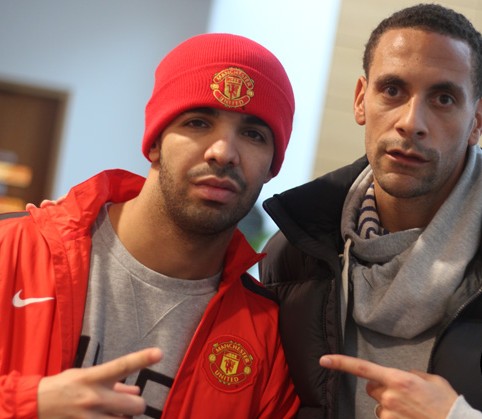 You (and Roberto Mancini for that matter) will be glad to learn that Balotelli didn’t attend Drake’s aftershow party, though Shaun Wright-Phillips did.

UPDATE: Reports are now emerging that Balotelli may be in line for a police interview over allegations he soaked two girls with a fire extinguisher at the Drake gig after they asked for a photo with him.

According to The Sun, the girls (age 16 and 17) reported the incident to police after the show. The police have confirmed that they will contact Balotelli ‘if there is evidence he was involved.’

One of the girls told the paper: “It was really embarrassing. We were left dripping wet. Balotelli and his mates were laughing at us.”

Which, if you’ll pardon our French, sounds like weapons grade bullshit to us.