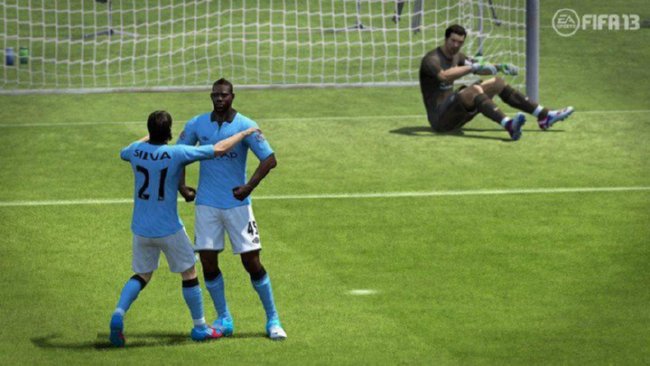 Via the medium of screenshot, EA Sports have confirmed that Mario Balotelli’s now-iconic ‘flex’ goal celebration has been included in FIFA 13 – though all you sticklers for detail out there will have to make do with him ‘hulking up’ with his shirt on as opposed to the nipples-on-show topless original against Germany at Euro 2012.

If you ask us, Subbuteo did it better, but hey ho.

Anyway, rather than get Balotelli himself in to provide the motion capture (he was busy elsewhere, strapping a jetpack to a shire horse) for the celebration, EA turned to an altogether more unlikely source, with former Watford and current Vancouver Whitecaps’ centre-half Jay DeMerit – a man who has pretty much never scored a goal in his entire life – donning the bobbly black onesie and doing his finest Mario impression..