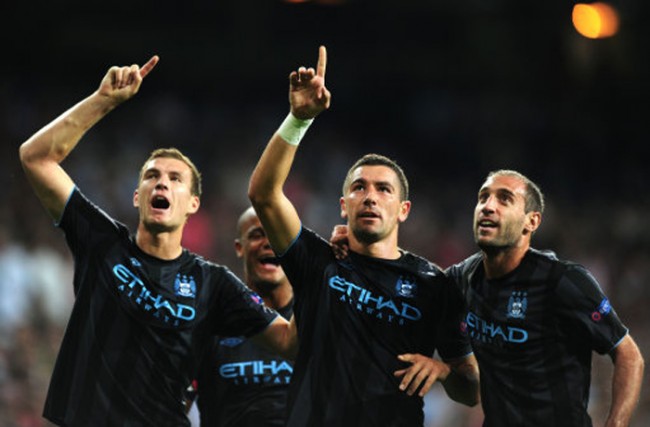 In this clash of two sides dripping in cash, it was Real Madrid who dominated for the majority of the contest. However, despite being second best for most of the game, it was City who took the lead, when sub Edin Dzeko finished off a break from the always magnificent Yaya Touré. That goal came on 69 minutes, but soon Los Merengues were level, after left-back Marcelo curled past Joe Hart in the City goal.

With the sides level and only five minutes to play, a dangerous Aleksandar Kolarov free-kick got the minutest of touches from Xabi Alonso as it eluded Iker Casillas and flew into the Madrid net. But still, the home side poured forward in search of a second equaliser, with another sub, Karim Benzema, producing a superb turn and shot which levelled the scores. Then, with just seconds remaining, Cristiano Ronaldo fired at Hart, only for the ‘keeper to totally miss the ball. And that was that.

Despite the scoreline, Roberto Mancini is sure to be happy with his side’s battling display in the second half.