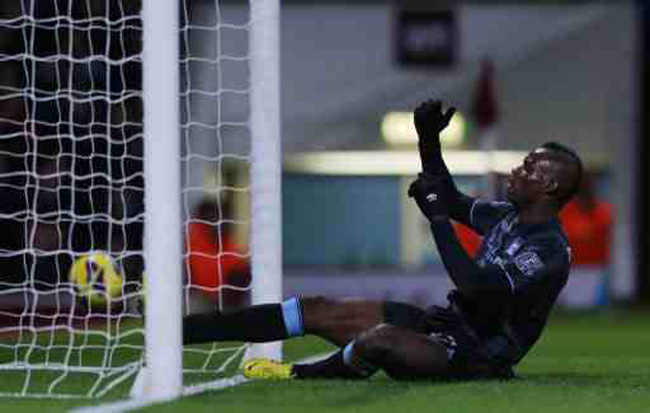 In failing to find the back of the net for the first time since April, Man City could only manage a draw against West Ham on Saturday.

In the first half, the Hammers were the better side, with Sam Allardyce’s men playing some decent football while Andy Carroll was his usual imposing self. However, neither the home side nor the visitors managed to get the breakthrough, although Kevin Nolan’s early strike, disallowed for offside, should have stood.

After the break, City improved and pushed for the winner, with Carlos Tevez and Gareth Barry both going close. But ultimately the game would end in stalemate.

West Ham move up to eighth while the Citizens now find themselves in third spot, two points off the top.