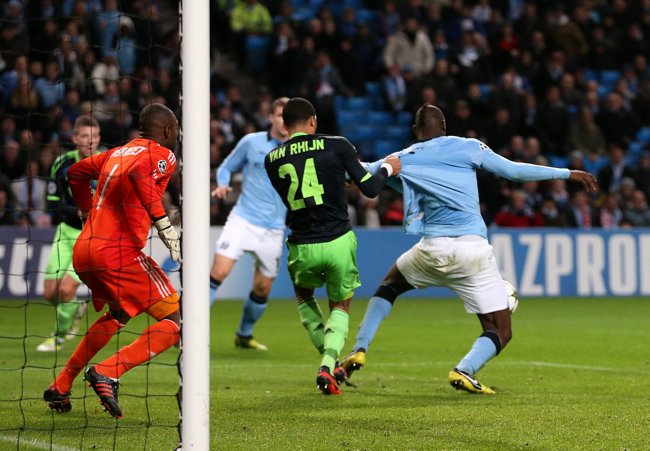 Manchester City’s hopes of making the knockout stages of this season’s Champions League were left hanging by a particularly weak thread after the Citizens could only draw with Ajax at the Etihad.

A brace from Ajax captain Siem de Jong put the visitors two goals up within the first 17 minutes as a rather jaded looking home side struggled to deal with their opponent’s slick passing. However, on 22 minutes Yaya Toure got his side back in the game, courtesy of a fine swivelled volley.

After the break, Ajax once again looked the more comfortable side. although the introduction of Mario Balotelli did add a spark to City’s play. Then, with just 16 minutes left, Sergio Aguero bagged the equaliser as City improved. The diminutive Argentinian then had a goal chalked off by the referee, wrongly, for offside before a clear foul on Mario Balotelli in the box was ignored by the man in black, who blew for full-time instead.

The result sees the Citizens stay bottom of Group D and needing to beat both Real Madrid and Borussia Dortmund if they are to make it to the knockout phase. A tall order indeed.