Not entirely sure if this is 100% kosher or not, but according to Twitter this here is Carlos Tevez’s monthly payslip from Manchester City for the month of March, 2010. 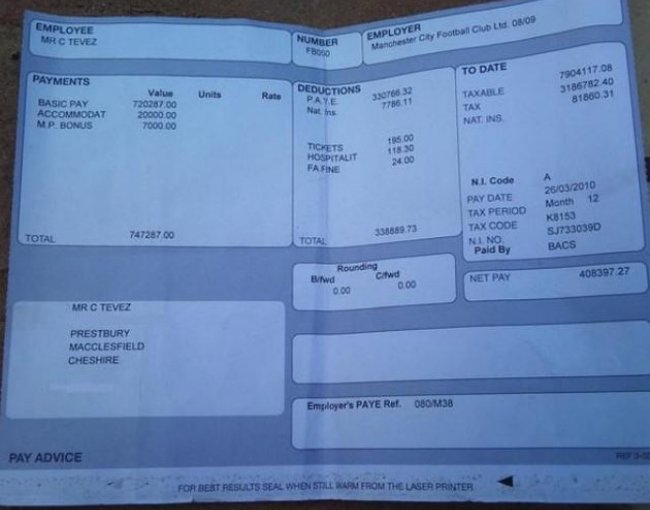 Just £20,000 a month to spend of accommodation  It’s a wonder he’s not sleeping under corrugated cardboard at Manchester train station on that pittance. How can a poor man stand such times and live?

The most intriguing part is the FA fine for a collosal £24. Maybe it was a snood-related infraction?