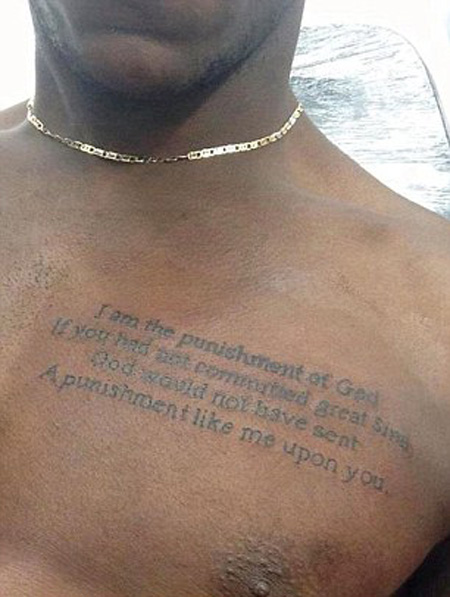 When I say Mad Mario celebrated his goal against Wigan with a tattoo, I didn’t mean that he had the tatt done on the side of the pitch at the DW Stadium. In case you were wondering. Instead, the day after that 2-0 win for the Citizens, which saw the Italian striker net his first league goal of the season, Balotelli decided to go with a quote from that loveable rogue Genghis Khan on his chest (apparently made when he was on Parkinson in the ’70’s).

The tattoo reads: “‘I am the punishment of God. If you had not committed great sins, God would not have sent a punishment like me upon you”, which in my book does sound a tad overly dramatic for a bejewelled footballer living a rather nice playboy lifestyle, but there you go.

To be honest I think tattoos are becoming the modern equivalent of the mullet for footballers? All seems a bit predictable really. Maybe I’m just too old.

Here’s Mario in the hotseat… 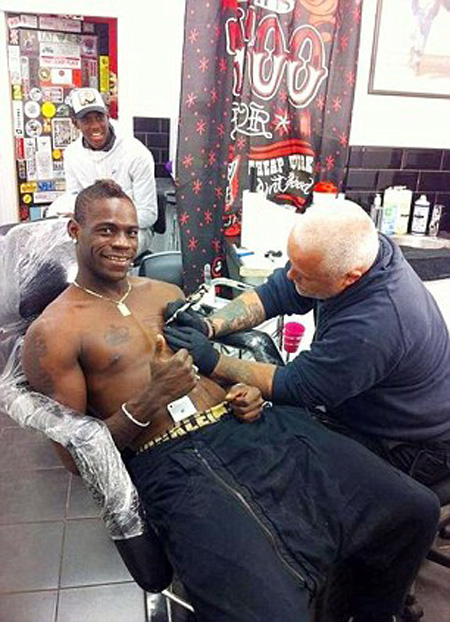 I hate it when people leave the plastic on their furniture.

Photos courtesy of the Daily Mail