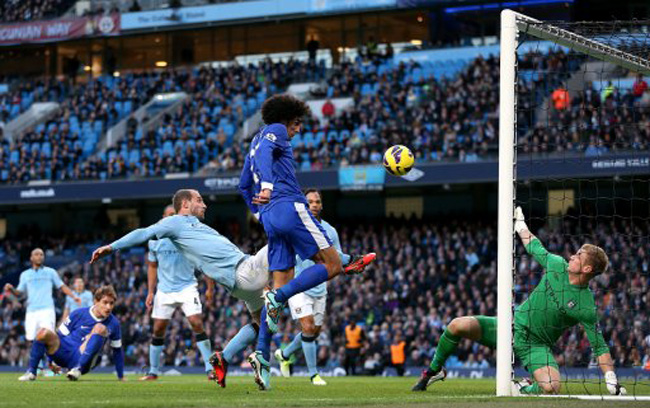 One wonders for just how long more David Moyes will be able to keep hold of his outstanding midfielder Marouane Fellaini. Able to both defend and attack, the towering Belgian has been in superb goal-scoring form for the Toffees this season and once again found the back of the net on Saturday, this time at the home of the champions.

Fellaini opened the scoring for the Toffees just after the half-hour mark, turning home Leighton Baines’ centre after Joe Hart had initially kept out his first effort.

10 minutes later, however, the Citizens drew level, after goal-hero Fellaini was, a bit harshly to be honest, adjudged to have tugged Edin Dzeko’s shirt in the box. Carlos Tevez converted the resulting spot-kick but despite pushing for a winner, the home side couldn’t find another way past a well-drilled Everton defence.

The result sees City three points behind league-leaders Man Utd while the Toffees find themselves in sixth spot.