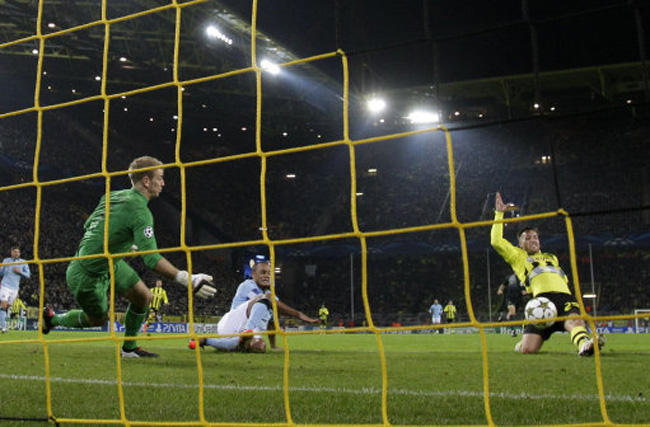 This season’s ‘Group of Death’ in the Champions League killed off Man City’s hopes of playing any more European football at all this season after the Citizens were beaten 1-0 in Germany by Dortmund.

Julian Schieber was the goal-hero for the home, netting just before the hour-mark to consign the Citizens to fourth place in the group, thus missing out on even Europa League football for the rest of the campaign. Although they may well be seen as a positive thing by Roberto Mancini and co.

Without Yaya Touré and David Silva, the Citizens looked rather flat and were thoroughly outplayed for long periods of the game.

The defeat leaves the Citizens with a grand total of just three points from their six Group D games,  the lowest group stage points tally of any English team ever in the Champions League. At least City can now fully focus on retaining their Premier League title.