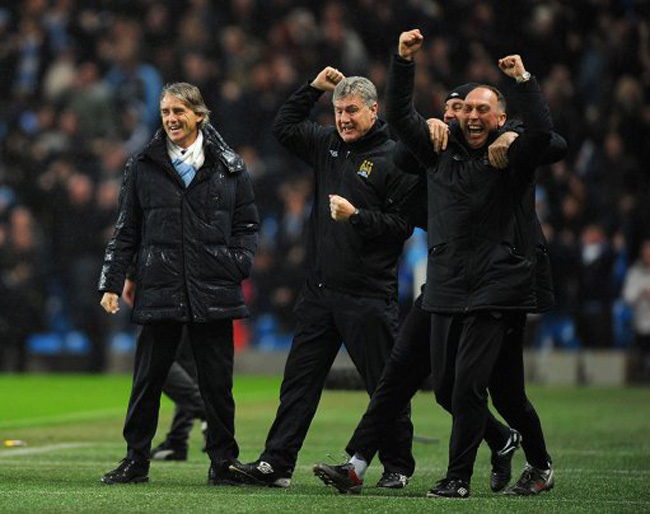 The unlikely figure of Gareth Barry was the goal-hero for Man City on Saturday, after the champions struggled to break down a well-organised Reading side.

Coming to the Etihad on the back of that 5-2 drubbing by Arsenal, the Royals were expected to suffer a right hammering by the Citizens. However, the visitors were a match for City throughout the contest.

While the Citizens did create a few chances in the first-half, Reading also had their moments, with Jobi McAnuff going close.

After the break, the Royals again came close, with Alex Pearce going close with a header but the introduction of supersub Edin Dzeko, on for Javi Garcia, had a strong impact on City’s play. And with the game into its 92nd minute, Gareth Barry headed home superbly from a fine David Silva cross.

Brian McDermott and co. will no doubt be disappointed by losing a point at the death, particularly as they also had a decent shot for a penalty when Jay Tabb was blocked in the box. However, the display by the Royals will at least give him some comfort.

Roberto Mancini will, no doubt, be worried by side’s failure to deal comfortably with Reading as they look to keep the pressure on Man United at the top of the table.