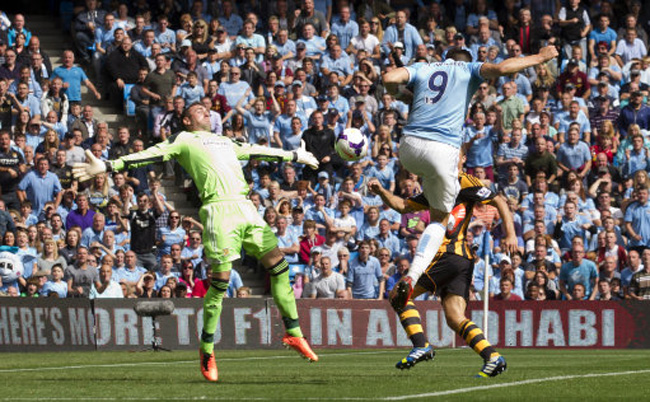 Manchester  City registered a home win against new-boys Hull City in Saturday’s early game, but it was anything but a stroll in the park for the megabucks Mancunians.

Steve Bruce’s Tigers gave as good as they got, particularly in the first-half, with Sone Aluko failing to convert a one-on-one chance with Joe Hart and Robert Koren also going close.

However, after the break, the Citizens started to impose themselves on the game, with half-time sub ALvaro Negredo eventually heading the home side into the lead. Yaya Touré then fired in his second direct free-kick goal of the season to put a shine on what was a less than convincing win for Manuel Pellegrini’s side. As for Hull, they look like a side capable of more than holding their own in the top tier this season.