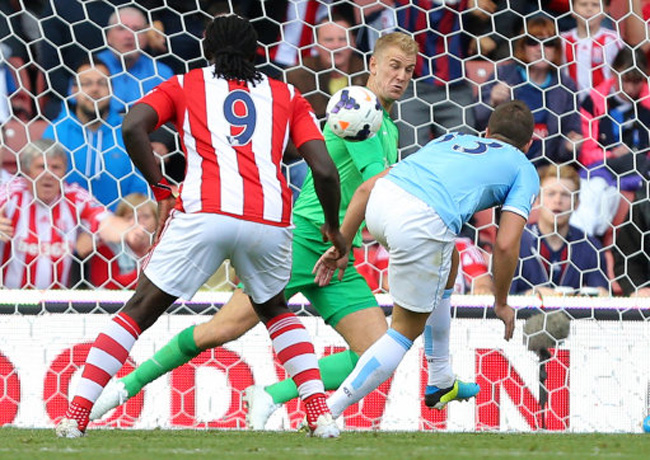 Former Man City boss Mark Hughes almost steered his Stoke side to a deserved win against the Citizens on Saturday, after Manuel Pellegrini’s side failed to click at the Britannia Stadium.

Irish international Jonathan Walters missed his side’s best chances while Kenwyne Jones also went close as the Potters really had a go at the visitors.

City, with Stevan Jovetic making his debut, rarely troubled the Stoke goal although to be fair, a draw and a clean sheet away at Stoke is far from a disastrous result.