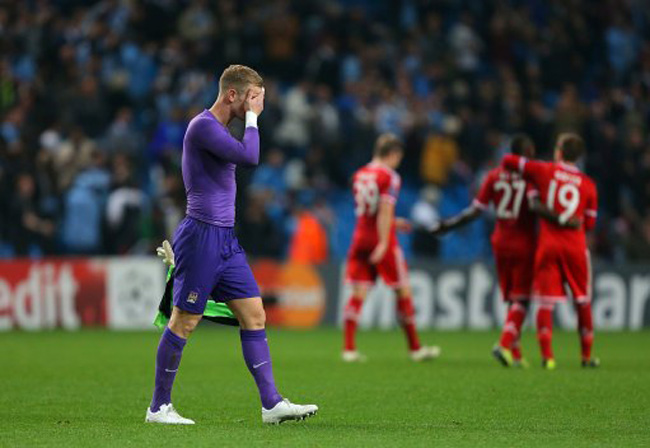 England no.1 Joe Hart had yet another night to forget against Bayern Munich in Wednesday, with the City goalkeeper at fault for two of the Germans’ three goals at the Etihad.

Hart fumbled Franck Ribery’s shot into his net on seven minutes while he was also far too easily beaten at his near post on the hour-mark by Arjen Robben. In between those awful errors, the Citizens also conceded a Thomas Muller goal as Pep Guardiola’s charges totally outplayed their hosts.

Late on, Alvaro Negredo scored a fine consolation goal before ex-Citizen Jerome Boateng was red-carded for a last-man challenge, but ultimately, this was a flaccid performance from the Premier League side.

Manuel Pellegrini is surely now pondering what to do with the error-prone Hart.