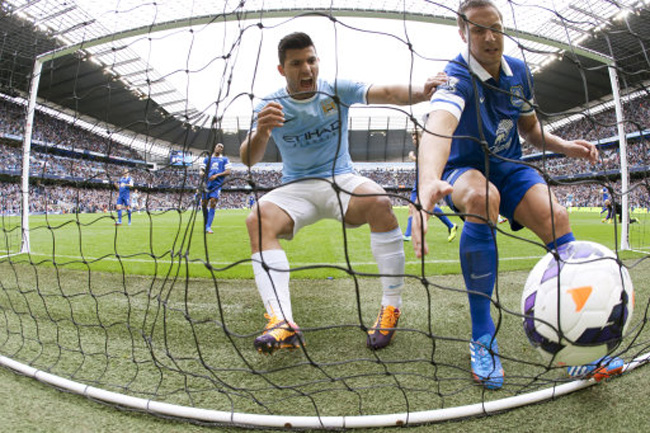 Manchester City bounced back from their midweek mauling by Bayern Munich to secure an impressive 3-1 win over Everton.

The visitors had started the game the better and went ahead on 16 minutes courtesy of a goal from in-form Belgian, Romelu Lukaku. However, just over a minute later, Alvaro Negredo leveled the scores after good work from Yaya Touré. Both sides pushed for another goal before the break, with Sergio Aguero eventually making it 2-0 on the stroke of half time with a fine right-footed drive.

In the second-half, the Citizens started to take control of the game, but were rather lucky to go 3-1 up, after Seamus Coleman was adjudged to have fouled Pablo Zabaleta in the box. Aguero stepped up to take the spot-kick, with his effort hitting the post before rebounding off Tim Howard and into the Everton goal to seal a vital victory.