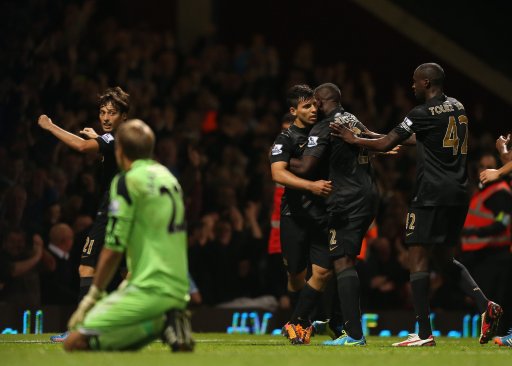 Manchester City, a side who have struggled on the road this season, produced a fine display in east London on Saturday, comfortably beating West Ham 4-1.

Sergio Aguero, a reported transfer target for Barcelona in the summer, bagged a brace for the Citizens, with his goals coming on 16 and 51 minutes as the Argentine striker tormented the Hammers’ defence. However, just before the hour-mark, Ricardo Vaz-Te fired home with a superb overhead kick.

Sam Allardyce’s side pushed for the equaliser but ultimately it was the Citizens who would score next, when David Silva curled home  a superb effort after a backheel from Aguero. And that was that.