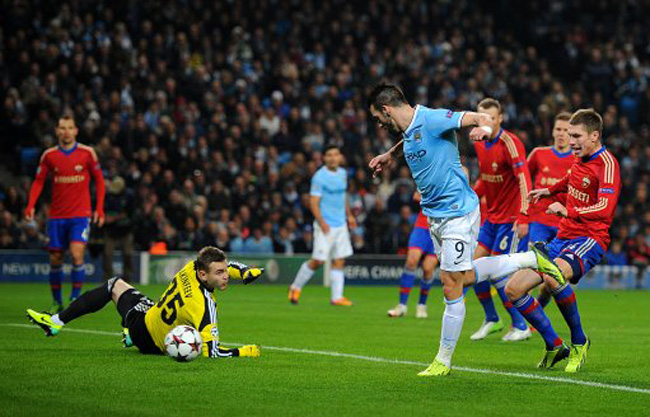 Coming hot on the heels of their 7-0 mauling of Norwich at the weekend, Manchester City enjoyed another goal-fest on Tuesday night, spanking CSKA Moscow 5-2 to book their place in the last 16 of the Champions League for the first time ever.

The goals for Cty came courtesy of a brace from the superb Sergio Aguero, with the first coming from the panlty spot after just three minutes, before Alvaro Negredo banged in a fine hat-trick.

Aguero and Negredo were outstanding throughout, as was Samir Nasri who seems to be rediscovering his best form under Manuel Pellegrini.

The visitors did net a couple themselves, courtesy of a brace from Seydou Doumbia (including a penalty), but overall it was a dominant display from the Citizens. And with Bayern Munich beating Viktoria Plzen as predicted, City can now prepare for the knockout stages of the competition.