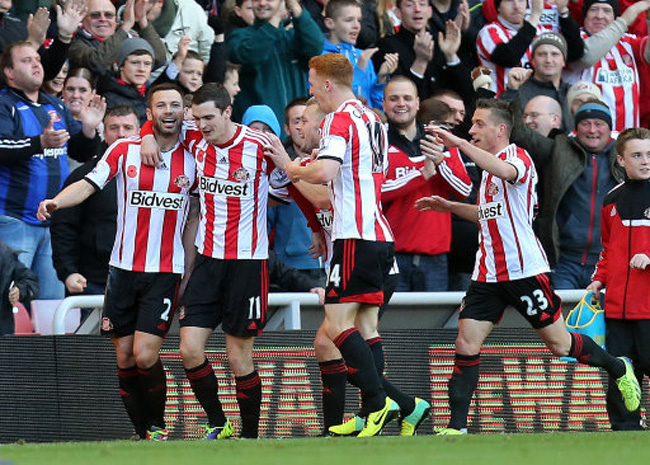 A Phil Bardsley goal on 21 minutes fired Sunderland to a shock 1-0 win against Man City on Sunday, as Gus Poyet’s impressive start to his reign at the Stadium of Light continued.

After that goal, the Citizens dominated for the most of the game, but with Wes  Brown back alongside John O’Shea, the Sunderland backline stood firm. Vito Mannone was also in fine form, keeping out a number of efforts as the visitors battled to avoid yet another defeat on the road. However, the likes of Sergio Aguero, Samir Nasri and Edin Dzeko just couldn’t find that all important goal.

Worrying times for Manuel Pellegrini while Poyet will be delighted by his team’s response to his arrival.