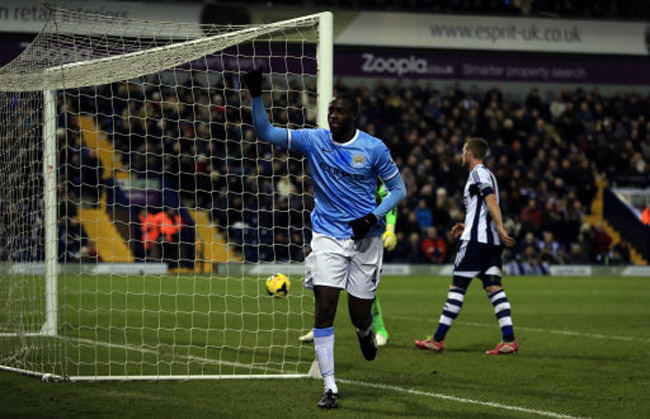 An early strike from Sergio Aguero followed by a brace from Yaya Touré (including one penalty) secured a precious away win for Man City at the Hawthorns on Wednesday evening. The Baggies did stage a very late rally, with Costel Pantilimon deflecting in a shot into his own goal and Victor Anichebe bagging a goal at the death, but overall the Citizens were well worth the victory.