The Independent newspaper has produced quite the clever little list of big dates for the forthcoming season, including Man City midfielder Yaya Toure’s birthday… 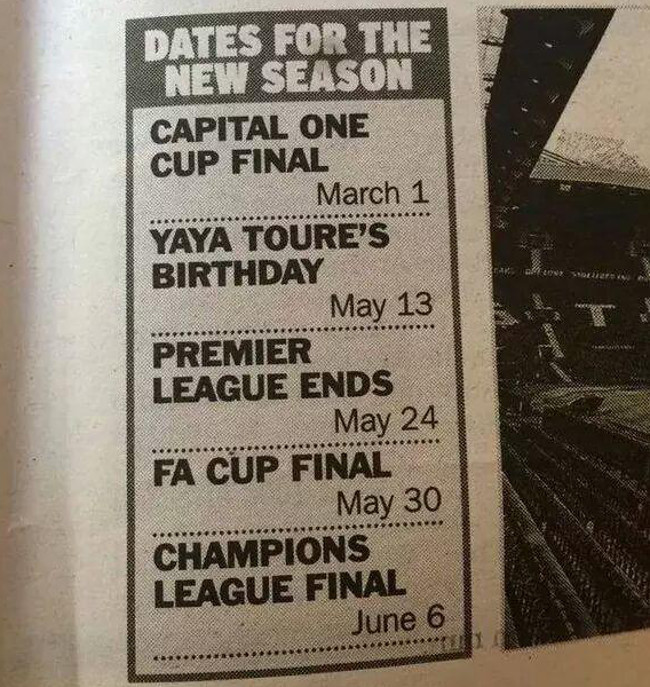 At least they should remember this season, thanks to the Indy!