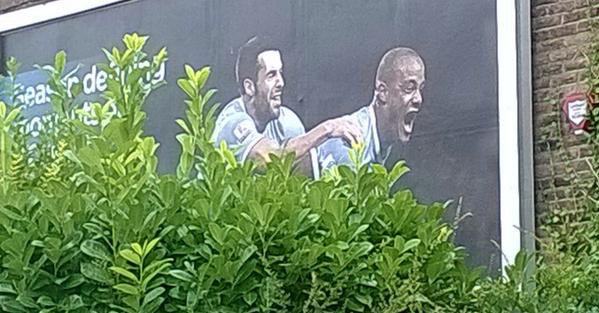 Yes, this is smut, but it’s rather amusing.  A billboard advertising the new Premier League season on BT (I think) is partly obscured by a roaming bush, giving Alvaro Negredo and Vincent Kompany’s intimate footballing joy a rather homoerotic angle.

Apparently, this billboard is in Brighton. No better place for it, I guess!