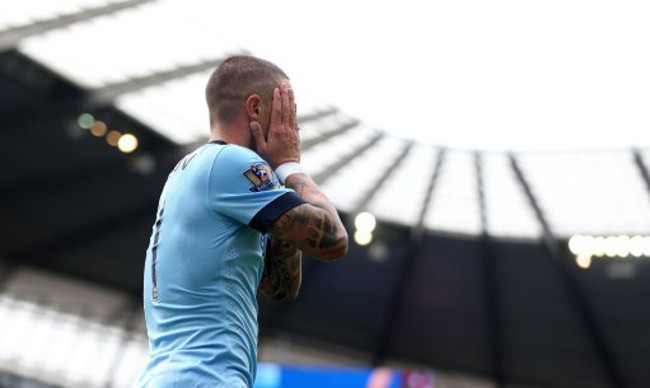 Manchester City suffered a shock defeat in only their third game of the new Premier League season, going down 1-0 to Stok at the Etihad.

Ex-Man Utd striker Mame Biram Diouf was the goal hero for the visitors, slotting home juts before the hour mark against a City side that struggled to click into gear. Indeed, the Potters matched their subdued hosts for long periods of the game although Yaya Touré did go close for the Citizens.

The win will give former City boss Mark Hughes a lot of satisfaction will Manuel Pellegrini will know his side need to do better.