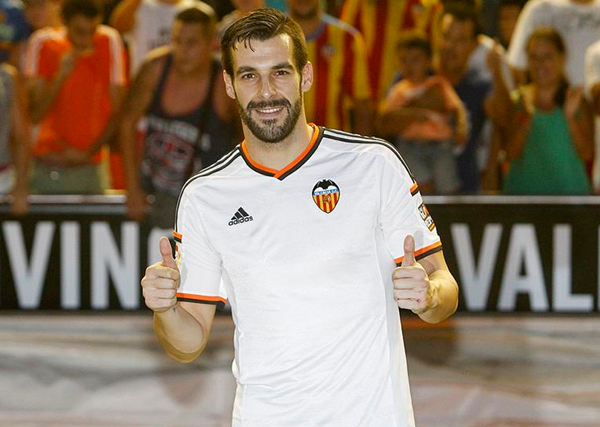 Having joined on a season-long loan on deadline day, Valencia did the done thing and unveiled Alavaro Negredo to 12,000 of their fans at the Mestalla on Tuesday evening.

According to the Independent, things were going swimmingly right up until the point that Negredo was asked by the fans to kiss the badge of his new club.

Negredo, having only been at Los Che for five minutes, side-stepped the request, replying: “I will have enough time to kiss it in the near future.”

This didn’t sit well with a significant proportion of the Valencia fans, who obviously seemed to take Negredo’s diplomatic snub as a sign that he still harbours allegiances to former club Sevilla, as jeers, whistles and expletive-filled anti-Sevilla chants began to ring round the stadium…

Off to an absolute flyer!