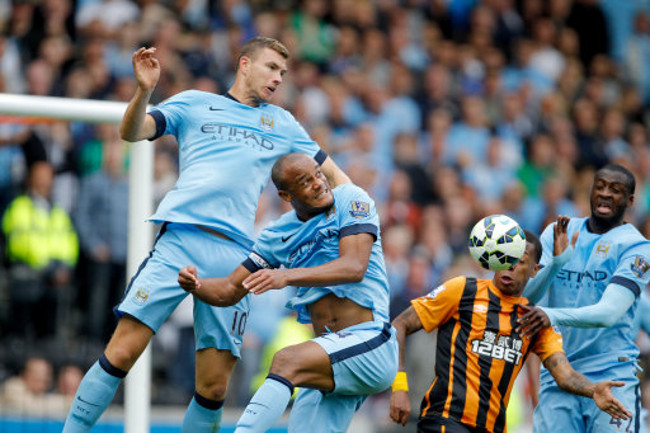 A superb Edin Dzeko brace helped Manchester City on their way to all three points on Saturday although the Premier League champions were pushed all the way by Hull.

Goals from Sergio Aguero and Dzeko but the Citizens 2-0 up within 11 minutes, but French defender Eliaquim Mangala then decided to have a bit of a nightmare all of his own. The centre-half first headed into his own net on 21 minutes before wildly fouling Abel Hernandez in the City box. The Uruguayan converted the resulting spot-kick to send the sides in level at the break.

However, ultimately another goal from Dzeko and another from Frank Lampard secured a deserved, if hard-fought, win for Manuel Pellegrini’s charges.