Manchester City kickstarted their 2015/16 campaign with a superb performance away at the Hawthorns, with old boys Yaya Touré and Vincent Kompany getting on the scoresheet. 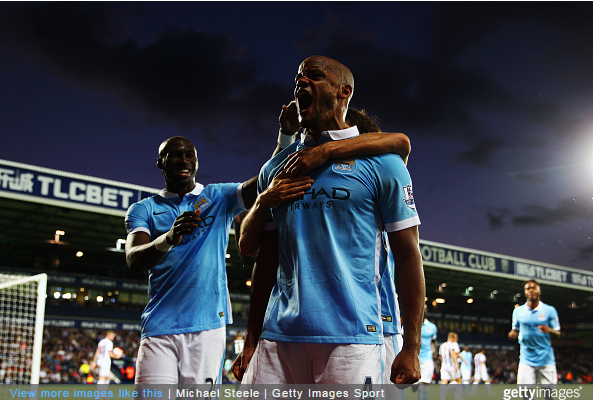 The visitors, with Raheem Sterling in the line-up, were ahead after just nine minutes, when Jesus Navas fed Toure who saw his shot deflect past Boaz Myhill in the Baggies’ goal.

On 24 minutes, the Citizens dobuled their advantage, with Touré firing home a superb effort after a clever one-two with Wilfried Bony.

At the end of the first period, Sterling almost made it three, forcing a fine save out of Myhill.

In the second period, Tony Pulis tried to tighten up his side, with Claudio Yacob sent on in midfield.

However, on the hour-mark, captain Vincent Kompany shouldered home the third from a David Silva corner to seal the deal.

With Touré and Silva is such outstanding form and Sterling adding a pacey new dimension to the side, Manuel Pellegrini’s outfit looked rejuvenated after a disappointing 14/15 campaign. As for West Brom, they won’t have many tougher nights this season.