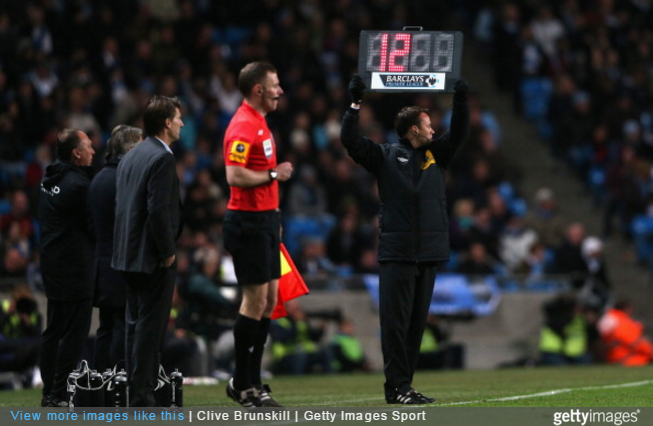 It was a forgettable afternoon of football for so many reasons, but nevertheless one that will go down in the history books.

When the two Citys, Man and Swansea, met at Eastlands on 27th October, 2012, the 102-minute duration of the game meant it would wind up being the longest game ever played in Premier League history.

The added time came about due to a couple of lengthy stoppages following serious injuries to first Man City defender Micah Richards and then Swans’ goalkeeper Michael Vorm.

Richards was carried off with a knee injury (later diagnosed properly as a torn meniscus) that would sideline him for four months. Vorm tore a groin stretching for the ball and duly crocked himself for eight weeks.

The match itself had been a turgid affair, with the home side flat after losing to Ajax in the Champions League three days before and the visitors proving equally uninspired.

The game was settled by a single, fairly sweet Caros Tevez strike but, all in all, it was a day most concerned – especially Richards and Vorm – immediately wanted to forget.