A late Yaya Touré penalty gave Manchester City a narrow win against Norwich City at the Etihad on Saturday, a result which keeps the Citizens on top of the table. 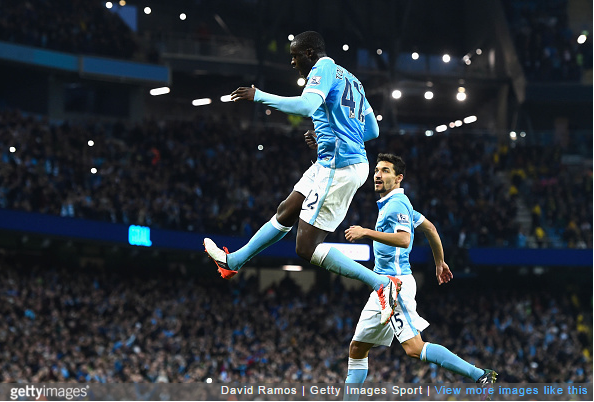 Norwich lined out with three centre-halves as they looked to counter City’s star-studded attack and for most of the game it worked.

Wilfried Bony failed to make the most of a couple of chances for the Citizens in the first period as the home side struggled to find their best form.

The Canaries themselves went close when Matt Jarvis’ powerful effort was saved by Joe Hart in the City goal.

In the second-half, the goals eventually came, with Nicolas Otamendi heading home on 67 minutes.

However, the visitors were handed an equaliser on 83 minutes when a howler from Hart allowed Cameron Jerome to tap in.

The Canaries looked set for an unlikely point away to the league leaders, but at the death, John Ruddy failed to deal with a cross, leaving sub Raheem Sterling to fire towards goal. With his ‘keeper out of position, defender Russell Martin blocked the goal-bound effort with hand, leading to both a penalty and a red card. Touré then held his nerve to fire his side into a last-gasp lead.

There was even time for Aleksandar Kolarov to miss another spot-kick, after Robbie Brady had fouled Sterling in the box.

Hart was forced into one more save last one from Martin Olsson but ultimately the game would end in a victory, albeit a less-than-convincing one, for Manuel Pellegrini’s side.

City now find themselves level on points with Arsenal but top of the table courtesy of a superior goal difference. As for Norwich, they find themselves just two places and two points above the drop-zone.