Manchester City bounced back from last weekend’s 4-1 hammering at the hands of Liverpool, with the Citizens running out deserved 3-1 winners against Southampton. 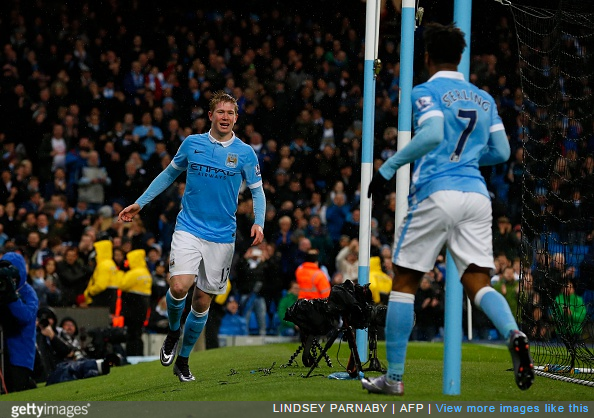 Kevin De Bruyne was the star man for the hosts, opening the scoring on nine minutes before his corner lead to Fabian Delph’s strike on 20 minutes. The Belgian’s opener came after Saints defender Maya Yoshida was dispossessed and throughout the game, City were sharp and quick to the ball. However, Ronald Koeman’s side did go close soon after Delph’s goal when Virgil van Dijk saw his shot crash back off the crossbar.

Soon after the restart, Shane Long got one back for the visitors, while later on the Republic of Ireland striker saw a penalty appeal waved away by ref Roger East, after the Southampton man’s shot appeared to hit Fernandinho’s arm. However, in the end, the final goal of the game would come from the Citizens, with De Bruyne picking out Aleksandar Kolarov, who fired home.

The win saw City go back to the top of the Premier League table, at least temporarily. Although the sight of Serigo Aguero leaving the pitch in the second-half with yet another injury will concern Manuel Pellegrini. As for Southampton, the stay in mid-table.