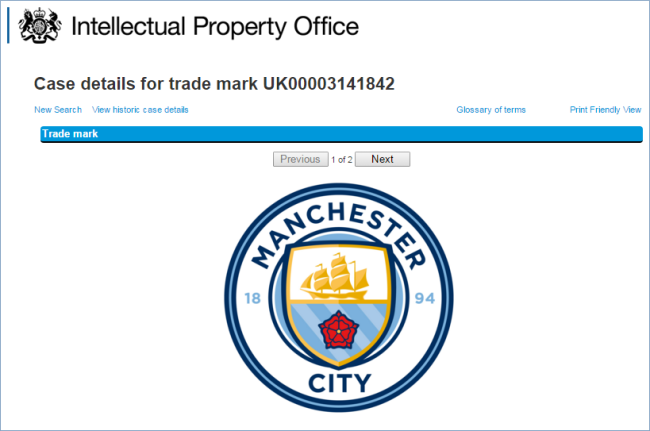 It looks like Man City have had the grand unveiling for their new badge design spoiled by none other than the vicious, meddling swines over at the UK Intellectual Property Office.

Having consulted with their fans, City recently announced that they were planning to ditch their ‘eagle shield’ crest in favour of a return to a more traditional round badge.

As such, the new emblem was scheduled to be kept under wraps and then launched on Boxing Day.

However, it’s all been scuppered by the IPO, who appear to have published the new design on their website a few days earlier than planned.

Whereas nobody quite knows if we’re looking at the final design here or not, we happen to think that it’s quite smart in a ‘1990s, thoughts-instantly-turn-to-Wim-Jonk’ kind of a way.