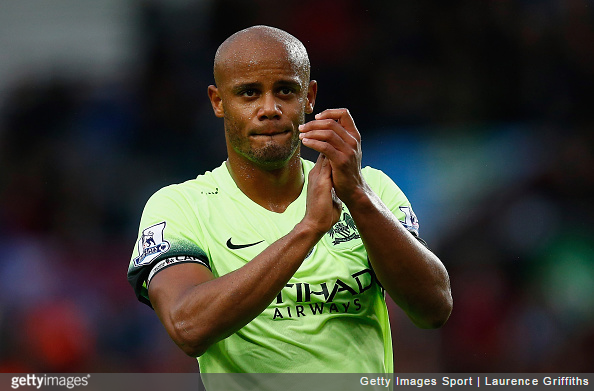 Many Man City fans were left baffled in the aftermath of their Boxing Day victory over Sunderland when club captain Vincent Kompany began Tweeting links to nursery rhyme compilation videos on Youtube.

The Belgian centre-half made his long-awaited return from injury against the Black Cats but lasted a matter of minutes before having to be subbed off again after over-stretching and doing himself yet another muscular whoopsie.

After maintaining radio silence for a couple of days, Kompany then emitted a pair of cryptic Tweets – one containing a link to a two-hour long Humpty Dumpty compilation and the other a link to a 56-minute long mixed bag of assorted children’s nursery rhymes. 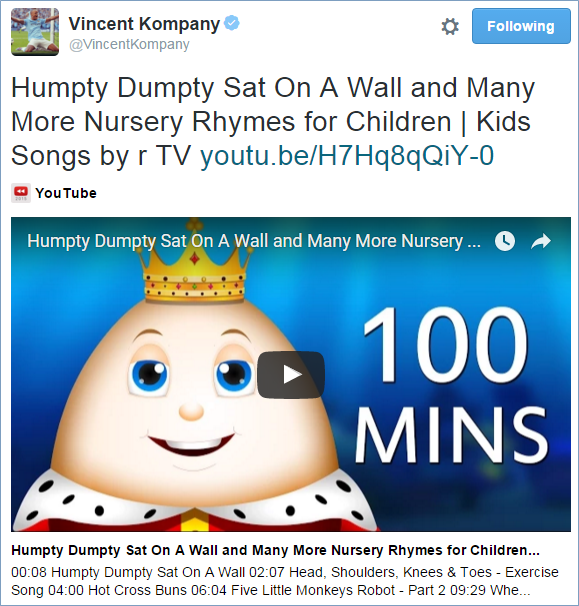 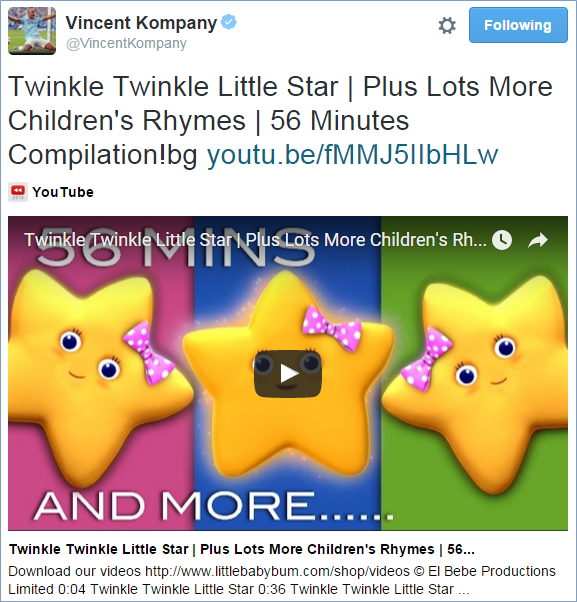 Was Humpty an oblique reference to Kompany’s fragile physical state? Had the recurring injuries caused him to lose his mind completely?

Scores of concerned City fans began messaging their skipper to ask him if he was alright.

Then came the explanation…

Nice save, Vinny. We believe you.