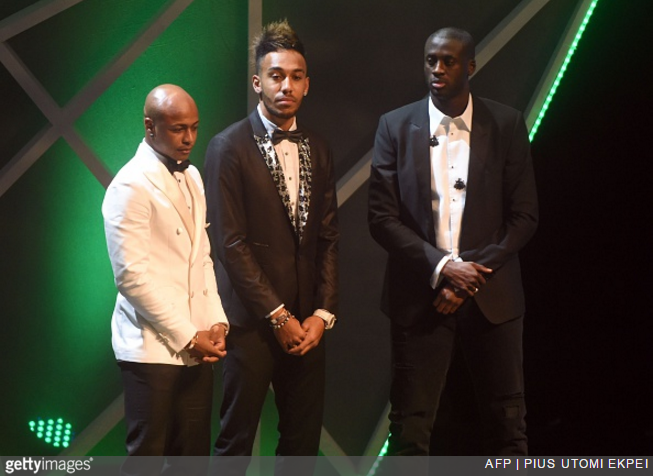 As you may have heard, Pierre-Emerick Aubameyang has today been named African Footballer of the Year, thus bringing to an end Yaya Toure’s run of four successive awards.

Unsurprisingly given his long history of blubbering petulant tantrums, Toure took Aubameyang’s victory with all the grace and dignity of a gigantic spoiled man-toddler.

Indeed, after describing the Borussia Dortmund striker as “brilliant”, Toure – who is a 32-year-old adult male – reportedly called the snub “very disappointing” and “pathetic” before moaning that it “brings shame” on the entire continent of Africa.

According to both AFP and L’Equipe (via the Guardian), Toure appeared on French radio station RFI to air his grievances after the ceremony:

I think this is what brings shame to Africa, because to act in that way is indecent.

But what can we do about it? Us Africans, we don’t show that Africa is important in our eyes. We favour more what’s abroad than our own continent. That is pathetic.

As I’ve been told many times, you can’t take care of Africa too much because Africa will be the first to let you down.

Toure was named African Player of the Year in 2011, 2012, 2013 and 2014. However, he appeared to be unhappy at missing out on a fifth successive victory in the year that he helped finally end the Ivory Coast’s 22-year wait for Africa Cup of Nations glory.

It’s the same old same old with Yaya. A never-ending precession of adolescent strops from a man who has absolutely everything he’s ever wanted.