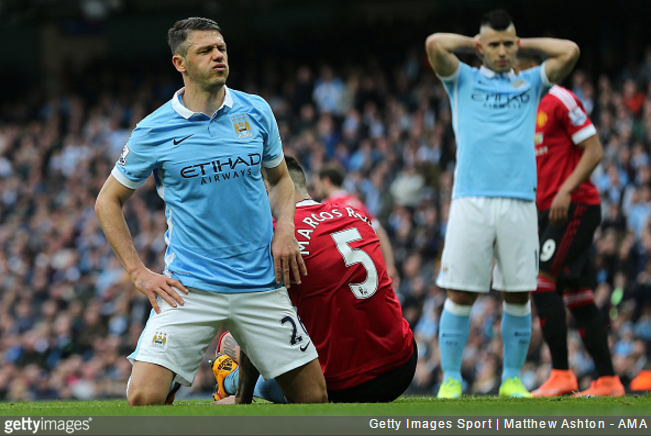 Martin Demichelis has been hit with an FA misconduct charge after allegedly falling foul of 12 betting-related offences in the space of one week.

The Manchester City defender apparently went on a bit of a flutter binge in the final week of January this year, though further details are not forthcoming at the moment.

The pertinent statement from the FA reads thus:

Martin Demichelis has been charged for misconduct in relation to betting.

It is alleged the player committed 12 breaches of FA Rule E8 concerning football matches between 22 January 2016 and 28 January 2016.

Perhaps he had an inter-club sweepstake going on how long Vinnie Kompany’s hamstrings would last into his comeback?

Like we said, we can only guess at this point…