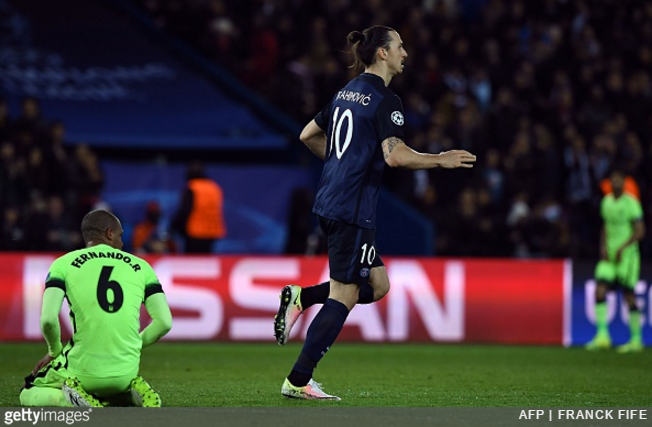 Having fought so hard to establish a one-goal lead against the run of play through Kevin de Bruyne, Man City enjoyed their narrow advantage for roughly two whole minutes against PSG before a monumental gaffe from Fernando (with a half-assist from Joe Hart) saw it comprehensively cancelled out.

Coming so soon after City’s opening goal that it was actually missed by the BT Sport cameras, Fernando collected a painfully pointless short goal-kick from Hart under pressure from a couple of PSG forwards.

The lackadaisical Brazilian midfielder then refused to rush things as he turned with all the speed and haste of a cross-channel ferry, only to poke his pass against the on-rushing Zlatan Ibrahimovic and into the back of the City net…

This whole modern obsession with playing out from the back at any cost has a lot to answer for.

By ‘eck, Pep has a lot of shopping to do this summer.