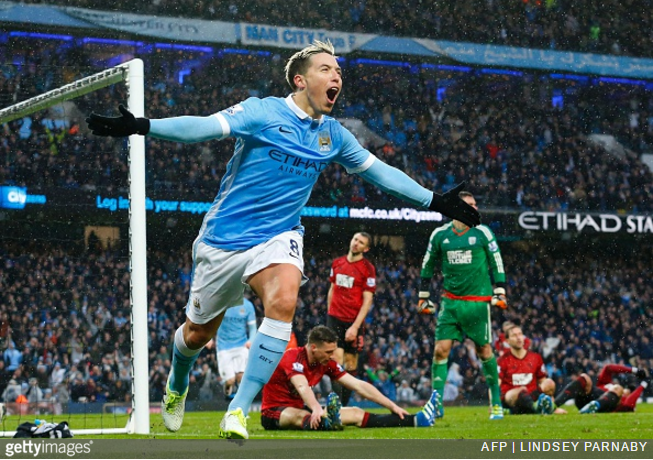 Making his first Premier League start for almost seven months, Samir Nasri returned from the very fringes of existence to play a starring role in Manchester City’s 2-1 win over West Brom at the Etihad on Saturday afternoon.

The French midfielder proved instrumental, conducting play, putting in the hard yards in defence and even popping up with what proved to be the winning goal with half-an-hour or so of the game left to play.

Having spent so long twiddling his thumbs, Nasri admits that he’s now champing at the bit to reassert himself at City, assuring inbound coach Pep Guardiola that he will be a “lucky man” to have such a ravenous young go-getter at his beck and call next season.

I don’t know because you never know. Maybe he comes with his ideas and stuff. I played against him in the past, he had some praise for me but I think that was like five years ago now. That is one thing.

When the pre-season is going to start I am going to be fresh so I hope that will help me and I will try to perform because when you have been out for so long you are more hungry when you come back.

You don’t want to waste your time. You want to be back with a bang. If I stay working with Pep Guardiola, if he wants me, he’s just going to be a lucky man because I will be really hungry.

I am the type of player for his philosophy and the way he likes his team to play so we are just going to see and on the first day of pre-season I will have a chat with him because I am going to be really hungry.

Admirable attitude from a man seemingly desperate to prove his mettle. Let’s see how long it lasts this time, eh?