A magnificent player when fit, Manchester City captain Vincent Kompany has endured yet another injury-jinxed season, chalking up a reported 33rd injury with the Citizens during their midweek Champions League defeat at the hands of Real Madrid.

And now the centre-half has revealed, via a Facebook post, that that injury will keep him out this summer’s EURO 2016, which is a massive blow for both the player and Belgium. 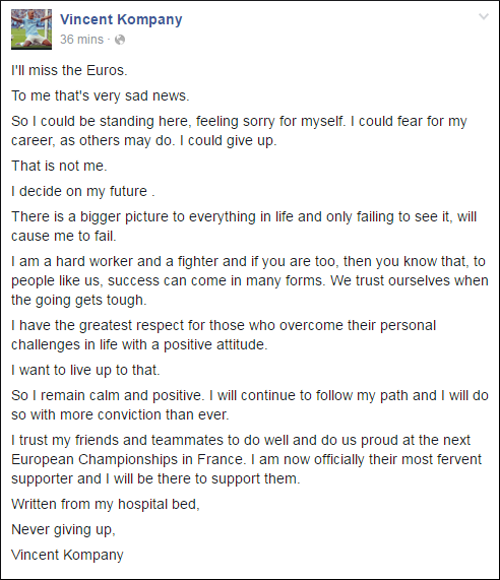 The 30-year old had flown to Barcelona this week to see a specialist, in the hope of overcoming his latest muscular injury. However, now the defender will miss this summer’s competition in France, something that doesn’t bode well for the rest of his career either.