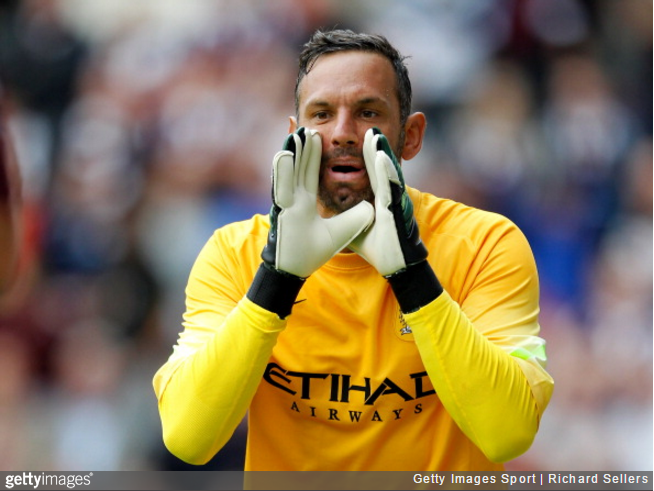 Don’t worry, this photo was taken during a pre-season friendly

The news might have passed you by, but it’s with a heavy heart that we learned Richard Wright finally called time on his career on Sunday.

The 38-year-old shuffled off with next to no fanfare, perhaps hardly surprising given that he hasn’t appeared in a professional competitive game since 2011.

Still, Willy Caballero saw fit to pay homage to the man who has been warming him up in training for the last two years…

@wrightys1 all the best in your new chapter. It was a pleasure to train and spend two years with you. thanks for everything you helped me and I wish you the best for you and your family

Wright joined City in 2012 and went on to make a grand total of zero appearances for the club in his four years on the books.

Crucially, however, he was and is tactically British, meaning he counted towards the club’s homegrown quota in the days before City’s academy really began to take root.

The jammy swine also has TWO Premier League winner’s medals to his name despite making a combined total of 12 appearances during his stints at Arsenal and City – none of which, as previously discussed, came in City colours!